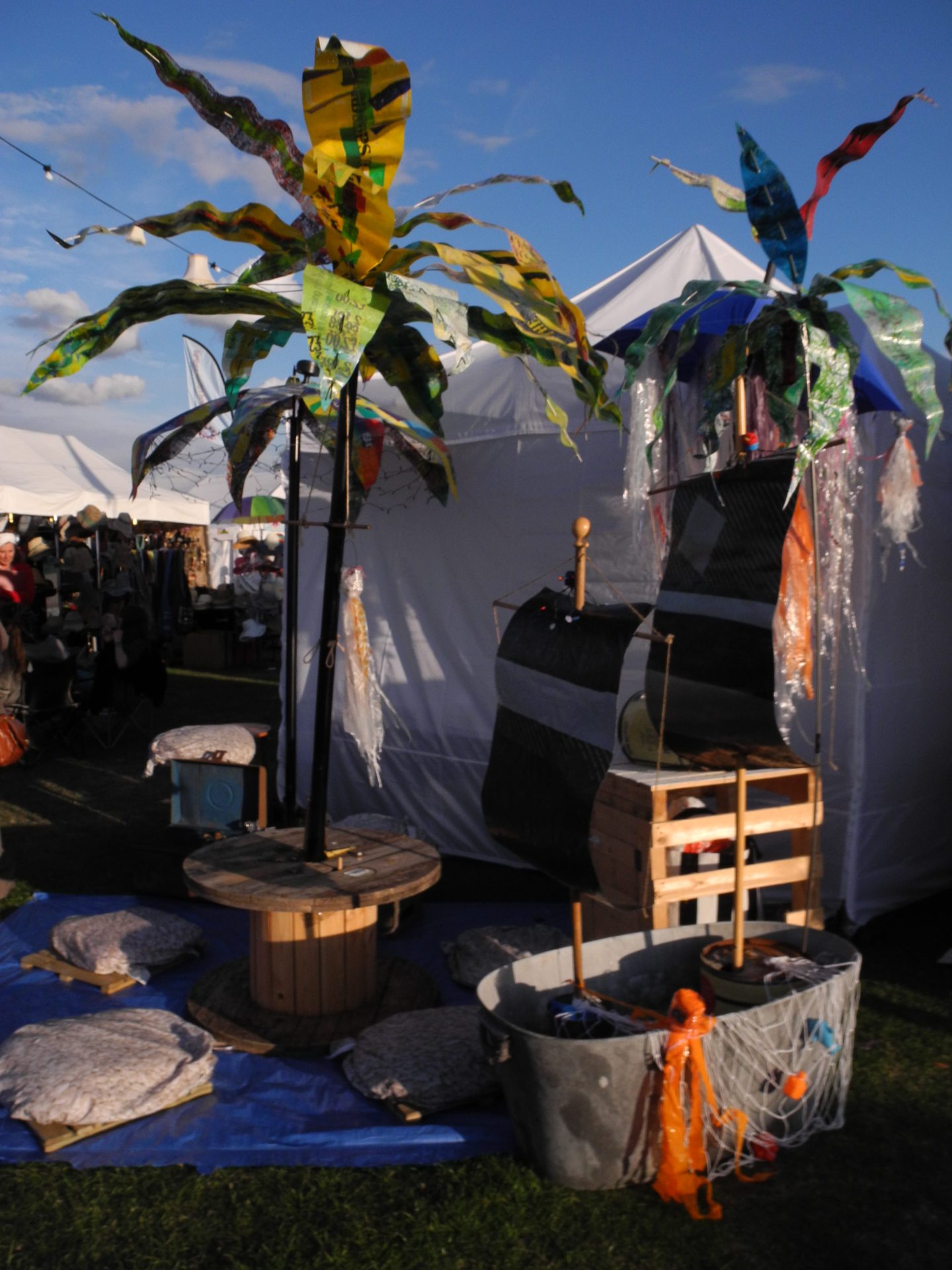 Ahoy Mi Harties!! Recycled Treasure Island at Towersey Festival 2014
As part of the 2014 Sculpture Village festival circuit we devised and created a recycled treasure island. The theme was originally just pirates but we decided to further the brief by creating an interactive workshop space complete with plastic palm trees and a pirate ship. So with van a brimming we travelled down to Towersy Folk festival.
Nearly all of the elements for the island is recycled. Using bags to create the leaves and old umbrellas for the structure. We stood these on old crates and reels to give the feeling of drift. Set up wasn’t exactly what we’d envisaged, but in the end it worked brilliantly. Tracey’s nautical lampshades added to the theme perfectly. 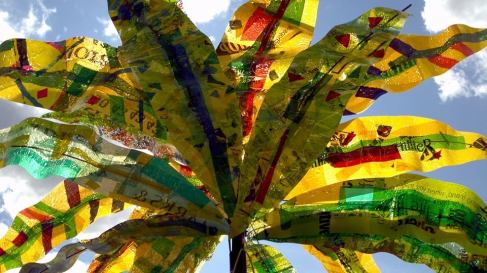 We spent our day beavering away under our sun lit palms holding faux bling and recycled jellyfish workshops much to the joy of our festival regulars. The installation developed with additions of jelly fish, faux bling and octopus created during workshops over the course of the weekend.

By Night. We also did a little spying on people’s interaction with the Island in the evening, it was uplifting to see a few people taking photos of themselves with the Island back drop! 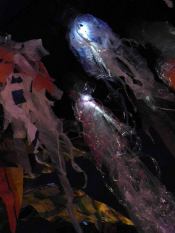 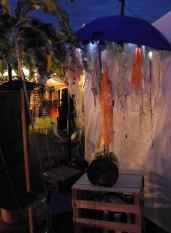