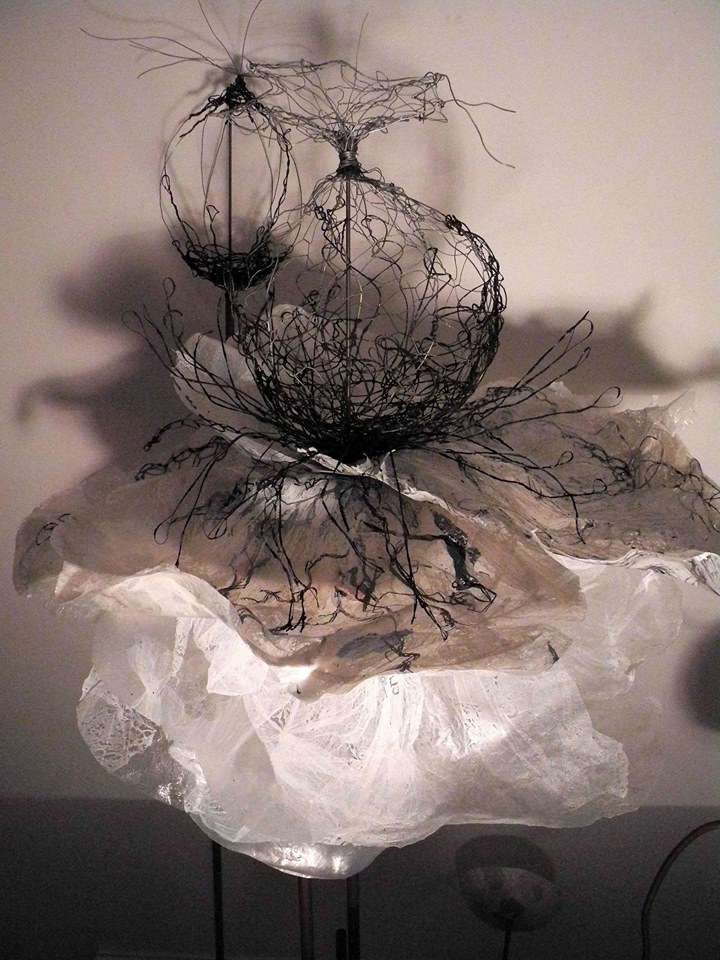 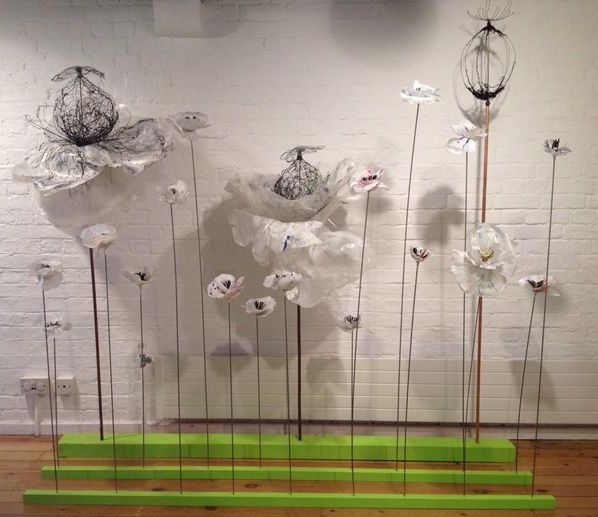 I chose to create white poppies to represent peace whilst still being respectful of all those who have fought and the many who lost their lives in World War 1 and subsequent wars. As I studied and did sketches of poppies i realised what I loved was the delicacy of them; as they aged their petals reminded me of billowing dresses dancing in the wind. The delicacy seemed poignant in representing a fragile peace. The process of using fire to create the wire poppy seed heads a reminder of the destruction and the human and envrionmental damage caused by war. 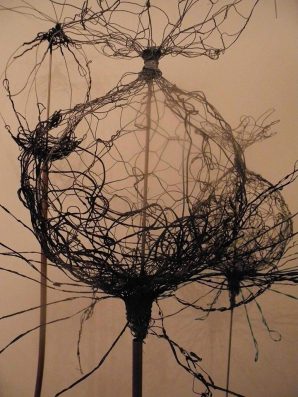 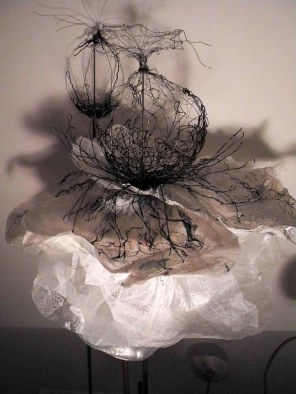 I worked with a Young Parents Group in Mansfield to create over 20 sculptural poppies. At points it did turn in to a bit of a production line as we created a mass of petals and then a mass of stems. I love collaborating with different groups and often create installations made up of a mass of pieces. The only problem with this is that I have a tendency to create end pieces that are about effect rather than quality, I wanted this commission to be different and worked hard to recreate something more sophisticated that represented my vision.

I did, however, also do a couple of drop in workshops at Rufford, where people created their own miny poppies; it wasn’t long before colour and joy began to emerge. It was 2 very busy days but most people were so chuffed with their poppies that they wanted to take them away with them, a few were persuaded to leave them or make an extra one to leave for the exhibition.
Our fantastic Craft Clubbers also helped out by creating some mini poppies of their own and by volunteering to help me put them together, all 44 of them.