The aim of this project was to create artwork that would draw peoples attention to the Canolfen Day Centre and would inspire the service users and staff to develop their recycling program. This was part of a six week residency that explored all aspects of developing a piece of artwork and put the service users at the centre of the project, so it created a real sense of ownership of the piece. The panels were created using recycled plastics and polythene. Service users joined me throughout the  6 weeks in creating the designs for the panels. After encouraging everyone to vote on the theme for the panels, the result was completely tied between landscape and sea, which as it turns out, reflected Aberystwyth ‘s geography perfectly. The first week was spent joining different groups from the centre to understand them and their surroundings. I believe the experience of taking part and developing something together, is the most important part of a project like this, so it was important to me to get as many people involved as possible, therefore the project involved service users from the recycling, gardening and walking groups as well as art.

The second part of the residency was to create a piece of work to be installed on the building. My original idea was to create an abstract wave , but to develop greater ownership of the piece it developed in to a medley of  creatures from the sea and beyond. Many of the service users, despite living near the coast all their lives hadn’t actually experienced going out to sea so a group of us went on a fishing trip to find out what lived below the surface and what Aberystwyth would look like to a passing dolphin. Everyone created moulds inspired by the fishing trips, beachcombing visits, photo’s and books from which  we developed our wave of sea creatures. 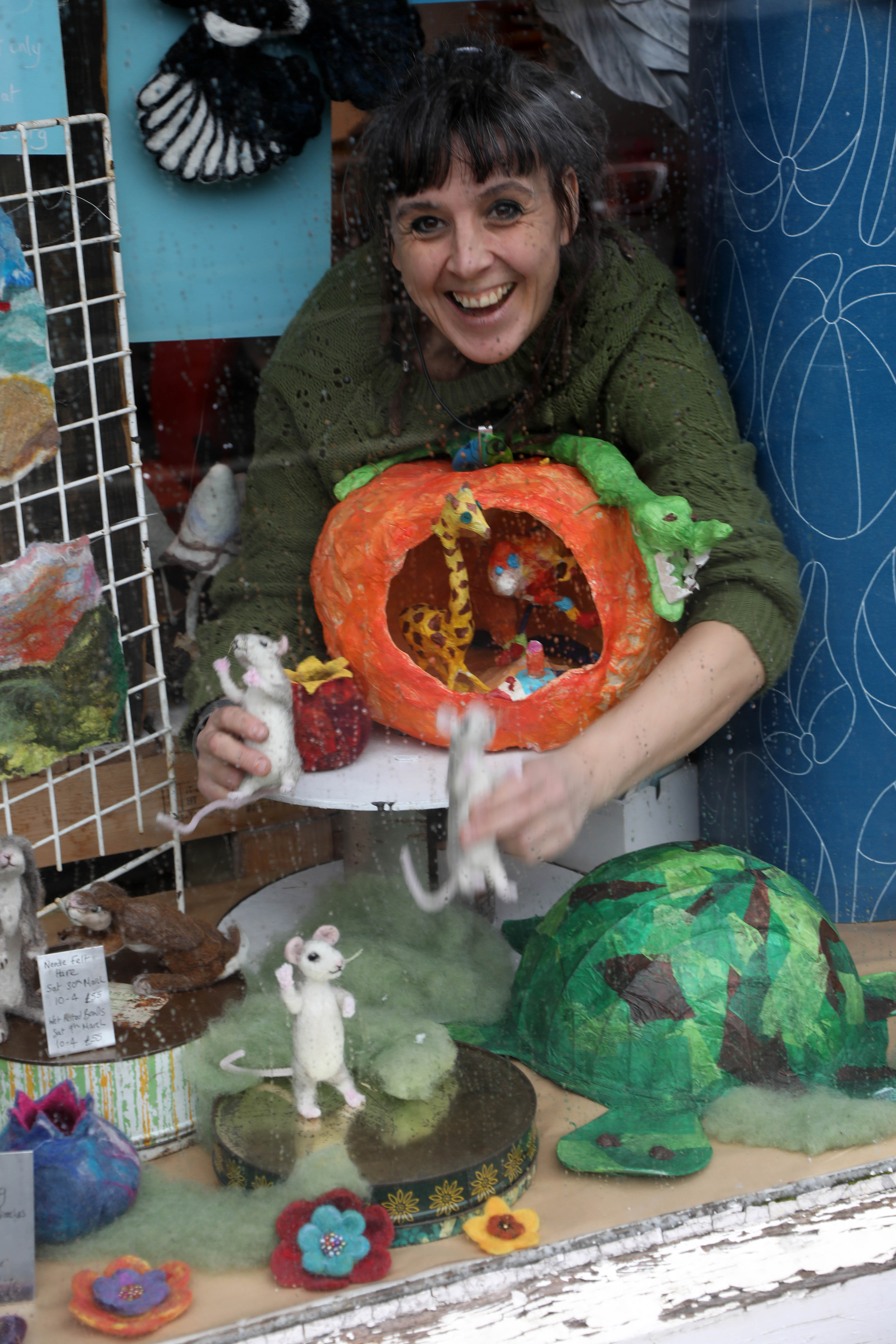